END_OF_DOCUMENT_TOKEN_TO_BE_REPLACED

An Audience: Jews and Christians linked finality of their religion to the Sharia, not to cause of it (Moses and Jesus), hence their missionaries and their advocates, like Paul and Isaiah are called the prophet. Bagherpour Kashani: The prophet and divine authority in this discussion is the chosen man …

END_OF_DOCUMENT_TOKEN_TO_BE_REPLACED

Bagherpour kashani: This attitude is true when a man believe in not existence of the prophet and "divine Hojjat (divine Proof)" or in the inability to identify him. Dr. Amir Zamiri: What do you mean by the "prophet"? Prophet is a perfect person who by the command of the Creator, take His Word to us. He is a mediator between man and God who brought rules and instructions which include salvation and happiness in this world and the hereafter, and guide the man in various material and spiritual fields. This set of rules is called religion Hojjat is that the authenticity of one of the conflicting sides, such as the presence and absence of something, can be argued and judge by it. It is also an indication that reveals the direct way; and divine Hojjats (proofs of God) are everything that God has argued by it on his servants, or guided them by that mean to Him

END_OF_DOCUMENT_TOKEN_TO_BE_REPLACED

Bagherpour Kashani: At the beginning, I ask help from God and I`m glad to be among group of professors and academic scholars. I hope that this scientific dialogue will be a step to find the facts and resolve doubts. Dr. Mousavi: In our meetings with Ayatollah Seyedan we discuss the …

END_OF_DOCUMENT_TOKEN_TO_BE_REPLACED 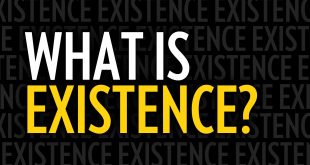 Like many philosophically interesting notions, existence is at once familiar and rather elusive. Although we have no more trouble with using the verb ‘exists’ than with the two times table, there is more than a little difficulty in saying just what existence is. Existing seems to be at least …

END_OF_DOCUMENT_TOKEN_TO_BE_REPLACED

Introduction of “stars of Guidance” book

Introduction Dr. Seyyed Hadi Mousavi During my scientific trips, I have opportunities to dialogue and debate with other religious sects. These bring a lot of new questions to my mind. At university, I have learned some ideological issues from Ayatollah Seyyed Jafar Seyedan but passing the time and dealing with the new situation make the further investigation necessary ...

END_OF_DOCUMENT_TOKEN_TO_BE_REPLACED

Preface of “stars of Guidance” book

Preface The present book is a written account of various discussions among a group of professors and intellectuals over the last several years. In these meetings, numerous key ideological issues were discussed and the content of each session was recorded. Then, all were written as accurately as possible and …